Love, Tears and Salt
One woman’s search for the truth and the family she never knew. 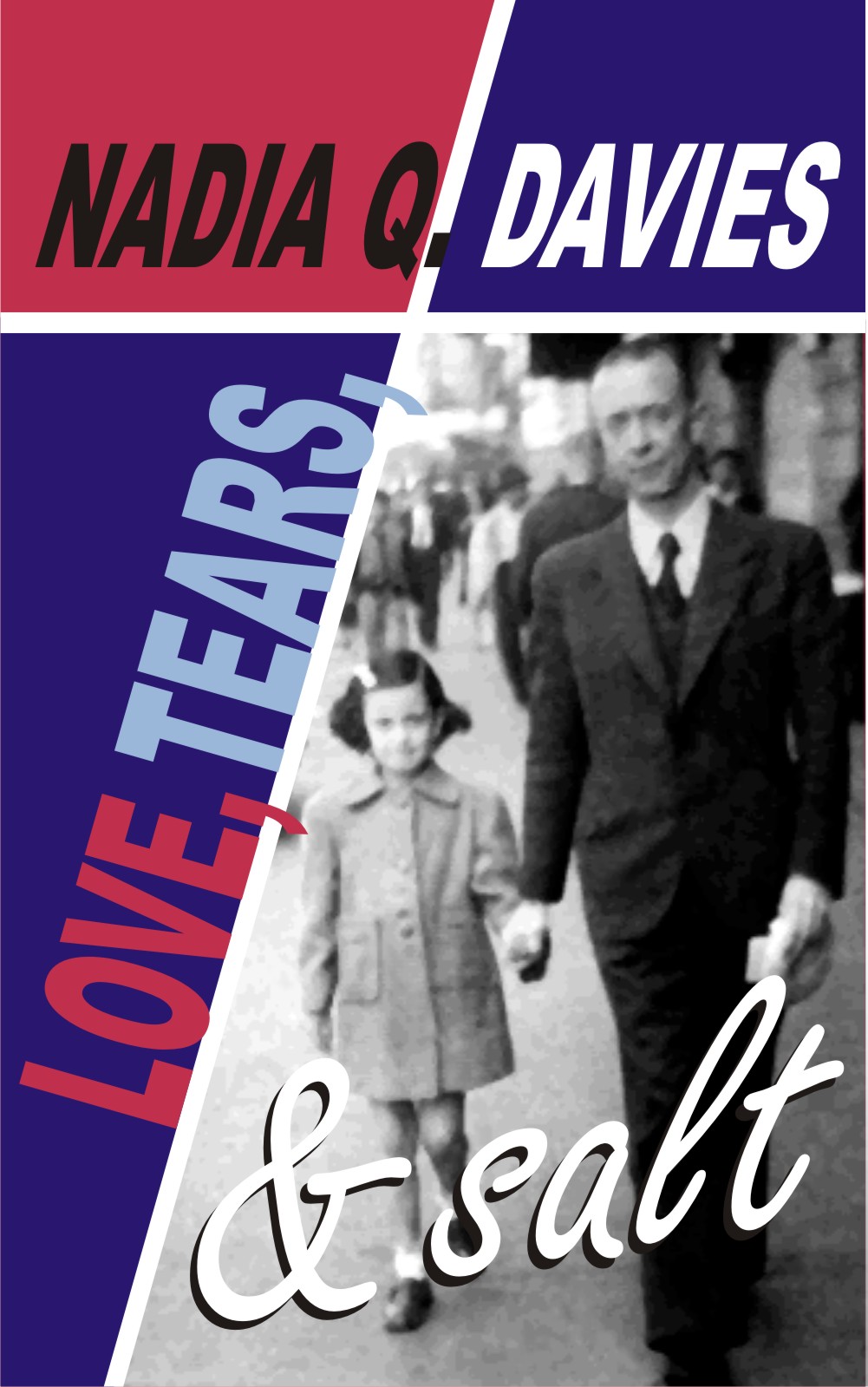 Through an intimate historical lens, Nadia Davies reveals generations of rich family history and secrets in her memoir about surviving familial banishment, cultural prejudices, political exile and civil injustices at the onset of the Spanish Civil War to the present. Nadia’s father, a senator and one of the authors of the Second Spanish Republican Constitution, becomes a political refugee with his motherless five-year old daughter aboard the Trans-Atlantic ship Nyassa leaving Casablanca in route to Mexico City. As they depart from the old world for a new life in the Americas, they encounter a Nazi submarine and many other challenges that eclipse their hope for freedom.

In “Love, Tear and Salt”: One woman’s search for the truth and family she never knew,” she retraces her family’s footsteps from her birth into a forbidden marriage between a Jewish Orthodox Mother and Catholic Spanish Father in Casablanca, political reign in Spain, exile in Mexico and rebirth in America over the 20th Century. She is now a retired high school Spanish teacher and counselor piecing together her past by returning to her homelands, the very places she once lived, and encounters family members who were mere shadows in her mind, or erased from her memory all together when she went into exile with her father.

Her struggle for survival viscerally connects the familial ties and divides between Jews, Arabs and Gentiles at the turn of the 20th Century. She then weaves her past life into her new world in America. Nadia finds strength in personally overcoming the prejudices of poverty and culture as well as a veil of homosexuality which she faces with her first husband. She has to deal with some of the mental handicaps in her own family against a backdrop of America grappling with these very same civil and social inequalities in the mid-to-late 20th Century. Her daughter’s secret battle with epilepsy and her decade-long quest to find a solution to stop the seizures will connect her to any family struggling with this neurological disorder. You will find yourself turning the page rooting for her and hoping her dream for a better life, home and family will become a lived reality.