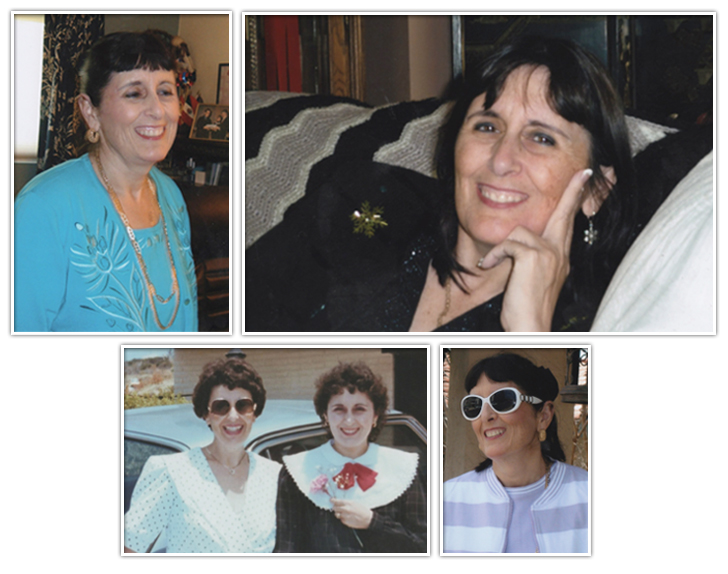 Our daughter Alfonsina “Nina” Davies lives on as a beacon of hope and inspiration for patients and families to rise above their disabilities such as epilepsy. At her defining 13th birthday, the first grand mal seizure struck while she was swimming in our pool with her friends. Her father jumped in to save her. Almost overnight, her friends disappeared and so did ours. Despite her secret battle with epilepsy, Nina rose from the shadows of her seizures to become a teacher. She inspired her special needs students to overcome their disabilities and achieve their dreams. She believed that everyone deserved an equal chance to succeed despite any sort of limitation.

Alfonsina or by her nickname “NINA”, was every parent’s dream child. She was pretty, intelligent, sensitive, full of love and laughter, and especially full of energy. She was interested in many things, and to the degree that her health allowed, participated in many activities. She loved to swim to learn and to study. She loved school so much, that the worst punishment or threat we could issue was “Nina, if you don’t behave you cannot go to school tomorrow”. From the time Nina was four or five, she wanted to be a teacher. She would often gather the neighborhood children after school, and bring them into our garage. It had been fitted as a pseudo classroom with blackboard and seats. There she would play teacher and give lessons of what she had learned that day. When grandpa came to visit, she would give him lessons in English, since he spoke only Spanish. Nina was blessed with intelligence. When her IQ was measured in elementary school it was about 150. She also possessed a near photographic memory, and very capable long-term memory. This ability was inherited from her grandfather, Alfonso Quintana y Pena, after whom she was named. He was an attorney in Spain and was an elected Senator to the Congress of 1931. He helped write the Constitution of 1931, thus liberating Spain from the yoke of the monarchy and setting her on a course of Democracy. 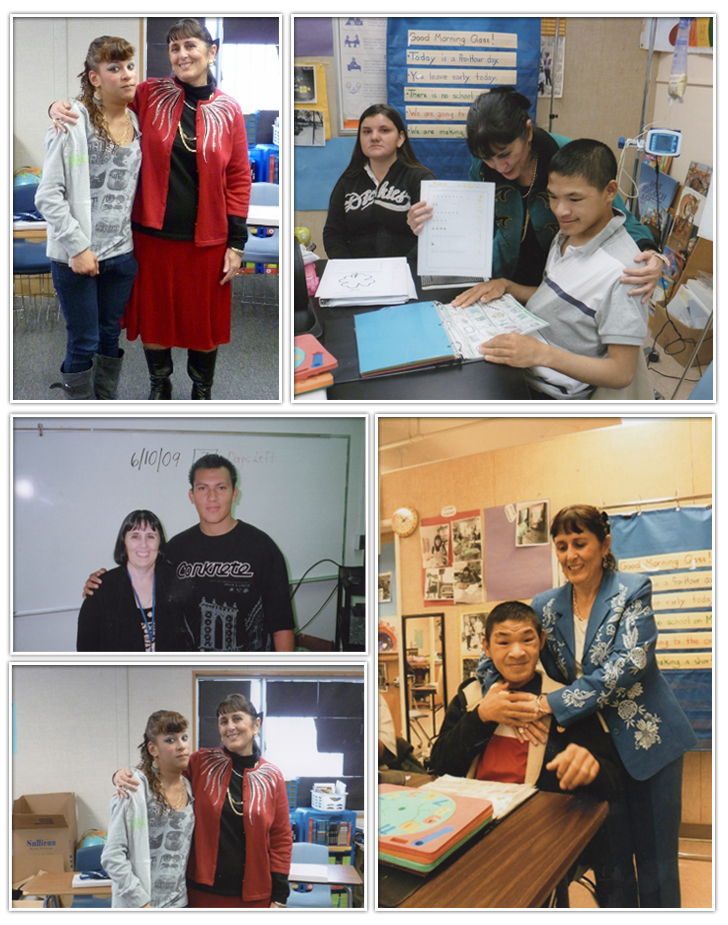 The first picture to the left you see Ana the young girl who was in a wheel chair and whom Nina taught to walk. Below you see a handsome young man, a deaf mute, who had been expelled from various schools and who graduated from high school after the love and strict guidance that Nina gave him. The other pictures are of other students who received instruction and love from this remarkable individual who was our daughter.

Ana “walked” to receive her diploma upon graduating from high school. Dr. Davies, the teacher she adored, had passed away only weeks before. Nina’s mother walked with Ana in lieu of the daughter who was watching them from heaven.

Since Nina’s birth we searched for a solution to free Nina of her seizures. We saw neurologist after neurologist who could only offer temporary fixes and medications to control the seizures. In spite of this devastating curse, Nina graduated from high school at age 16 with straight A’s and gained a scholarship to the University of California, San Diego. She attended summer school there, studied calculus and chemistry and got two A’s in these courses. Unfortunately the seizures became uncontrollable in her in the fall semester away from home. Her roommate couldn’t deal with the seizures and moved out. Alone, Nina tried to control the seizures with higher doses of medication and never complained or cried for help. It wasn’t until we received her failing grades on a report card that she admitted her life had become a constant hel

We brought Nina home, took her of the HMO and began a desperate search for someone else to help. In our darkest hour and trough a private doctor’s recommendation we arrived at UCLA. It was 1977 when we shared our story with Dr. Richard Walter. We met with Dr. Paul Crandall, who offered an experimental surgery to help Nina. He had been pioneering surgical treatments for epilepsy since the early 1960s and started the first Epilepsy Surgery Research Program at UCLA. Without his vision to look beyond the conventional treatments of epilepsy, I don’t know what we would have done.

Nadia Quintana Davies was born in Casablanca, Morocco as Nadia Quintana Bendayan of Spanish parents. Because of the Spanish Civil War, she and her father left Morocco going into exile to Mexico in1942. She lived in Mexico until she was 16, then moved to the United States to live with an aunt in San Francisco while she finished her high school education. ). Her first two languages were French and Spanish. She learned English when she arrived in San Francisco, graduating with honors after 2 years.

Thomas P. Davies is a Californian, born in Glendale (Los Angeles County) during the Depression. His parents were Midwesterners who moved to California in 1927. His father rose to be the General Manager of a large Chevrolet Dealership before his untimely death in 1939. His mother worked to support the family.

Thomas was educated in the public schools in Glendale. After high school he continued his education in the local community college ultimately graduating in 1957 from UCLA with a degree in Mathematics and a minor in Physical Science. Following his military service (U.S. Army) he returned to UCLA to finish his General Secondary teaching credential. Dr. Davies worked his way through all his college programs.